What do you do when you want to buy a new gadget ? May be a mobile phone ! Or a fitness watch, or earphones. These days there is a plenty of choice available in the market with many new companies giving a tough competition to the established ones.

Well you go online, search for the comparisons of the same with an already popular product. I am not a tech savvy person and usually depend on my husband for such choices.

However, last month was my hubby’s birthday and as always bitten by the surprise bug, I decided to gift him something he would like. His earphones were quite old and few days back I had seen him browsing internet looking for the same.

I zeroed on Jabra Elite 65t wireless earbuds, after searching for the best wireless earphones for runners. Having been active in blogging community for quite sometime now, I decided to look at what technology bloggers had to say about them. I found excellent reviews for the same by all the tech savvy bloggers.

I was delighted by my search and purchased one the next day. Having always been a loyal user of big brands, I was still a bit confused about my choice. So I leaked the surprise 5 days before the birthday.

My husband is the kinds who would research the entire market for purchasing even a small pin. However, even he was satisfied with my choice, as the product had world class reviews, with some bloggers comparing it to Apple AirPods. I had already been using AirPods for 6 months now and we felt these too would be good.

All the good things must come to an end. So the bubble had to burst the day we opened the gift. The earbuds had to be connected to jabra sound plus and Jabra elite app in order to claim the full warranty. That’s where we realized the glitch.

The jabra sound plus app had a rating of only 2.9 on google play store. Still, we never expected that the ear buds would never get connected with either of the apps. Well, that was what exactly happened, we tried all troubleshooting switching on and off numerous times for the next 1 hour and the earbuds were not recognized by the app, even though they were connected with Bluetooth with the android phone.

We took it back to the store from where they were purchased. Since ear buds are a hygiene product, the store refused to take them back, even though it was within 7 days. However, when we described the problem, the supervisor tried installing the app on his phone and came to the same conclusions. Thankfully, they raised the concern and took the product back.

What was intriguing about the entire thing is that right from the jabra website to the numerous reviews never did anyone describe this problem. 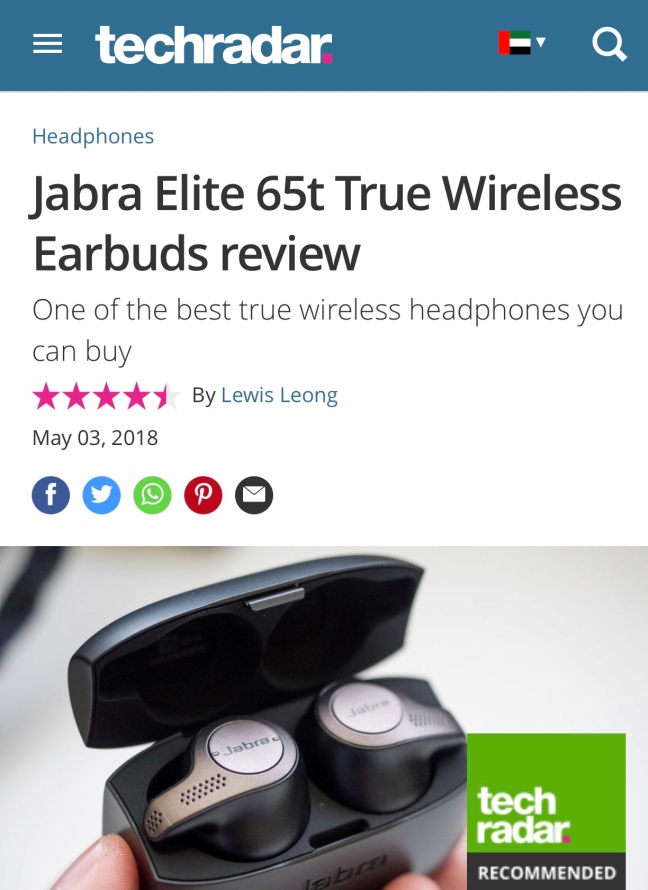 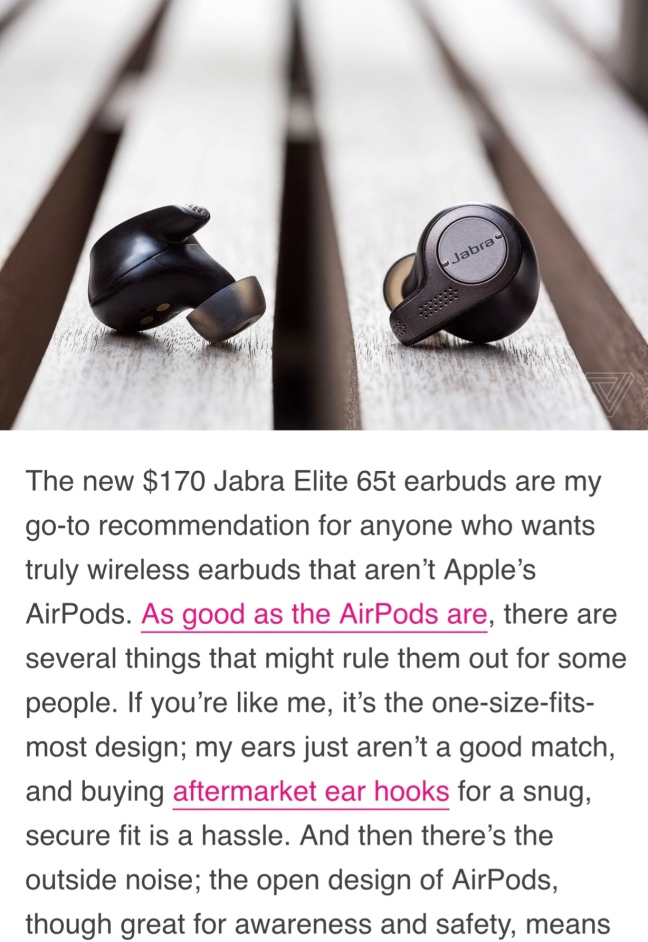 One review on the verge called these as ” Jabra Elite 65t : the best AirPods alternative.”

The review on soundguys.com proclaimed “the best in a very very small class.”

Even if all other things were good someone should have atleast highlighted the problem we faced, because when we later read reviews about the apps mentioned, almost everyone who had used them claimed to have faced a similar issue.

So this brings me to the final question “which reviews to finally believe?”

“Are all such reviews paid reviews and you should actually go shopping for such things when someone in your circle has actually tried and tested.?”

I am still struggling with the answer. Please let me know your views.

5 thoughts on “Online Reviews !!! How much do you believe them.”

Let’s all walk that X-tra Mile!

Wash away your Worries !

Do believe in Verified Sources!

The Unspoken reality of being a doctor ( healthcare worker ) in Covid

Tears of frustration and Tears of gratitude

Somedays never seem to end, and some end so soon.
The woods are lovely dark and deep. But I have promises to keep. And miles to go before I sleep . - Robert Frost #roads #desert #longdrive #roadtrip
Best time is always together. #family #familytime
Blessed day ...Start of Navratri and Ramadan ...Gudipadwa, Baisakhi and New year all in one day. Stay Safe and blessed. #RamadanKareem #happynavratri #baisakhi #gudipadwa
You can still make my heart miss a beat @photography.nasa
Some moments of leisure during the busy days. #staycation #staycationuae #rasalkhaimah #beforethesummer #alittlelife