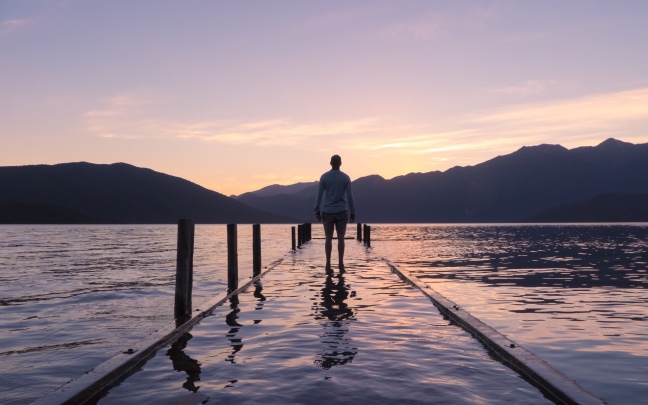 12 weeks .. 12 weeks was the time given to him to bring the profits up. He had tried every marketing strategy he and his team could come up with.

Healthcare no longer remained a patient – doctor profession. It had become another business with cut throat competition.

He had brought beautiful faces in the reception. The local radio ran an advertisement every hour. Nothing seemed to budge.

Tomorrow morning was the D Day. He was sure he would be thrown out. He had not been able to sleep for the past few days.

His family had long left him on his own. The palatial villa he had brought housed only him. His wife had left him 6 months back. She no longer felt loved.

His son had long back decided that he wanted to perform with a band, and had stopped studying after “O” Levels.

His daughter loathed him. When he had tried to talk sense into her, she had given a curt reply. “Dad you were a university topper, the best doctor but when mom had her cancer surgery, you didn’t have time even to visit her. I do not want a husband like you, who was never physically or emotionally available to her wife.”

“When I was caught doing drugs, you just sent me to costly Rehab, did you ever try to find out why I took to it. Did you ever come home and spent time with us when we were growing.”

“I do not need such a father for my kids.” And she had run away with an average guy to NewZealand.”

Still he kept going, he had the false image to uphold. His colleagues spoke behind him, but to all he portrayed the image of a loving husband and a father.

His Facebook profile had the images of family vacation in Swiss Alps 3 years back.

How he wished he could go back to where he had started and reverse the damage he had done to himself and his loved ones.

Morning, he dressed up for the meeting. He had his presentation ready. The deficit had reduced from 10% to 8.5%. He was confident he would buy some time more. Another 6 months was what he needed.

“Respected Chairman, I would like to share a small presentation, where I would focus on our achievements in the last 3 months.”

“Dr Kocchar, I have already gone through your presentation. So let’s not waste our time. Let me introduce you to Mr Campbell, our new CEO. He will be replacing you from today. We appreciate your efforts and hence the management would like you to be available for advisory services. You can continue only your clinical work from now on.”

The deck of cards fell down in front of his eyes. How he had joined this leading healthcare after years of serving the government. How inspite of being the best neurosurgeon he had done a degree in Health Management from Harvard. How he had given his blood, his sweat, his everything to his baby, this hospital?”

He suddenly felt a tightness in his chest and collapsed.

Code Blue was announced. There was a delay of 1.30 minutes. By the time he was resuscitated and shifted to ICU, the new CEO had taken over.

His wife and kids travelled back to him in next 24 hours. He was kept alive on ventilators and other support system. No one from the management ever came to visit him.

After 6 months, no one even recognized this man on wheelchair.

4 thoughts on “The BoardRoom”

Let’s all walk that X-tra Mile!

Wash away your Worries !

Do believe in Verified Sources!

The Unspoken reality of being a doctor ( healthcare worker ) in Covid

Tears of frustration and Tears of gratitude

Somewhere in Scotland. I'm missing the greens and the rains. #picsfrompastadventures #beautifuldestinations #scotland
Those burdens are what make medicine holy and wholly impossible: in taking up another’s cross, one must sometimes get crushed by the weight.
Even though it doesn't rain in Dubai... the winds and the clouds touch and go ..buy the colours of sky are mesmerising from wherever you see #coloursofnature #coloursofsky #sunsetlovers #sunsets_captures #sunsetfrommycar
My fascination with flowers and bouquets. #flowerbouquet #flowerarrangement #flowerphotography #flowers🌸
Blooms to brighten your day. Have a wonderful day. #flowers #flowerarrangement #flowerbouquet #flowers🌸 #coloursofnature
Most women in India are raised to believe that marriage and motherhood are an end to their role in existence and the only purpose in life. Having grown in a hard-core punjabi family, I too was married off just at the verge of 25, while still in my first year MD. I too thought that after MD, I just had to have a good paying job and take care if family and kids. However, with age comes wisdom and understanding that I'm my own person. Today, talking to one of my young staff I felt a deja vu. When asked her heartfelt desire, she replied having a baby.