When I was small, I always looked up to them. How miraculously they could transform you from the sick child to a healthy one! As I grew up, the fascination became an admiration, till the day I landed on the steps of a medical college. The gruesome reality, as was always projected, started to fade into darkness.

Being a doctor was not easy ! The first five and a half years were the trailer of what lay ahead. Rigorous college  schedule, the bigger than life books trying to solve the mystery of life, dissecting cadavers to actually witnessing autopsies, and finally dealing with real patients was so exhilarating at first.Even if you made one correct diagnosis, or may be performed one bedside procedure, it was enough a reason to be celebrated. However, as all good things come to an end, so those five and a half years came to an end leaving us penniless and jobless. And our parents wondered Why they are still not earning?

The boy or girl who had scored less than you, had started earning by now. Yet, you were still caught between books and libraries. Still, most of us had faith in our abilities, and we did not say die. We worked harder, learned better skills, and became postgraduates, and that’s exactly where the happy bubble burst.

When we were children, the healthcare was limited to either the government hospitals or small private clinics, which would be run by doctors themselves. However, by now rich business houses jumped into the healthcare and that’s exactly where the downfall of healthcare started.

Though they brought latest technologies, yet like every other business, they wanted quick returns. If they invested say 1 million, just like in a hotel, they wanted returns worth 3 million within no time. So the hospitals became hospitality, patients became customers and healthcare became a hospitality business. Suddenly, the hospitals started looking like 5 star and 7 star hotels, and everyone was amazed.

As is not easy to maintain a five star hotel, so even the 5 star hospital, needed maintenance and this was added to the cost of healthcare. A visit to doctor became dearer and doctors started becoming the voodoo doll.

On one side, they faced the wrath of the patients for the hefty fees being paid at the billing desks, on the other side they were punched by the managements for not earning the profits. The managements which would be doctors in older days were pushed aside by new breed of MBAs who thought they could sell everything right from a pin to a CT scan. Some of the doctors swapped places and started following what these MBAs preached. That is when Healthcare became a business.

It was already too late by then, and in India, if you change a career at 35, you are not called wise, you are declared a failure. I didn’t want to be called a failure, so I still sit silently watching the downfall of this noble profession.

Once teaching used to be one of the most noble professions. Low salaries, people’s attitude, led a few of them to start giving private tuitions. Then a greedy one among them thought, if I do not teach in class, more students will come to me for the private tution. This gave birth to the bigger then schools coaching institutes. Now, it is disheartening to see that some students, esp when at verge of career classes won’t even attend school for one day. Their attendances would be marked and they themselves would be sitting in these parallel coaching institutes. That was the death of a teacher.

Government’s apathy, people’s resentment will soon lead to the death of a doctor! 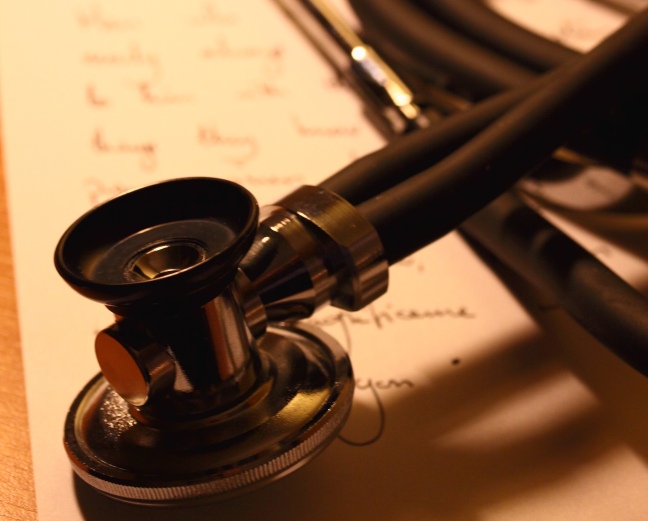 4 thoughts on “When Healthcare became a Business!”

How to deal with difficult times in life?

My closet full of clothes

WATCHING A MOVIE IN UAE – #POSTCOVIDERA