This is Part 2 of the story published last week. Link to previous story given below.

Radha woke up and realised that she was still alone in her room. She wondered where Aryan was. The sun was already peeping through her window.

She could hear frenzy of activity outside. Many relatives would be leaving today. She didn’t understand what to do. Should she go outside and sit with them or should she stay inside the room and keep waiting for Aryan.

“Where was he? Why didn’t he leave a message for her?”

She tried to call on his mobile. But the number was switched off.

Just then she heard a knock at the door.

She checked her hair in the mirror, covered herself with Dupatta and opened the door.

Aman was Aryan childhood friend and he was the first person she had met after they had started dating.

“I was just leaving. I have a flight in afternoon.”

Radha smiled back. She was a bit nervous. She bit her lower lip and asked slowly.

“Do you know where Aryan is?”

Aman looked at her puzzled.

“Ever since they brought me to room, I didn’t see him. I dozed off. And woke a few minutes before and realised he’s not been here whole night.” She talked slowly, didn’t want people outside to turn their full attention to her.

Aman took out his mobile from the pocket and dialed his number. It was switched off.

He tried to put a big grin and finally said, “ Let me find for you.”

“My girlfriend, Rashi! You remember meeting her na.” He said.

She has sent a small gift for you. “I can’t bring her you know that. And I didn’t want aunty to see, so take this and open later when inside, and let me find for you, your culprit.” Aman left looking for Aryan mom.

“Namaste Aunty Ji, I am leaving. Where is Aryan ? He is not in the room.”

“Oh, what time are you leaving. Aryan should be back anytime now. His Mama Ji had to catch flight at 6, and all others were tired. So, Aryan went to drop them.” She replied back.

“Oh, you should have told me aunty. He should have been with Radha. It’s a new place for her.” Aman blurted out.

“Oh Beta, why are you getting angry? All others had to join back work today so needed few hours of sleep. Aryan is only going 2 days later and anyways he and Radha will be together only after this. So can’t that Madam Ji sit for few hours.” She said a little loudly so that Radha could overhear the displeasure in her voice.

“You have breakfast before you go” she said dismissing Aman.

Radha lost all the mood to go outside and sit with others. She started to get ready for the day.

Just a few minutes after she heard Aryan voice.

“Radha was worried about you. Why didn’t you tell her and go?” Aman was asking Aryan.

“Mom didn’t tell her !” There was irritation in his voice.

“You know with mama Ji, she’s always so sentimental. I had told that the driver would go and drop. So she started lecturing me about my duties. Didn’t want to create a scene in front of Radha on day 1, so left and told her to tell her, as they were already late for flight.I only know how fast I drove.” Aryan said.

“Also, my phone got stolen last night. During that ceremony, I handed to someone, and after that I don’t know.” He continued.

“Okay buddy, take care of Radha. I have a flight to catch, will leave now.” Aman hugged him and left.

Aryan saw Radha looking at him through window and gave her a smile.

Before he could go and meet Radha, his mom caught him in the living room.

“Tell your madam couldn’t she come and ask directly about you. What was the need to complain to Aman? Couldn’t she have come and asked? Madam Ji will get dirty talking to us or what!”

Aryan did not reply and went to his room.

Radha had tears in her eyes and was sobbing. Aryan hugged her and wiped away her tears.

“I heard everything.” She said.

“I didn’t know how to ask her, was a bit scared of talking to her.” She continued in sobs.

Aryan made her sit in his lap and continued to hold her. He hadn’t wanted her to cry on the 1st day of her married life and here he was sitting wondering about the days ahead. 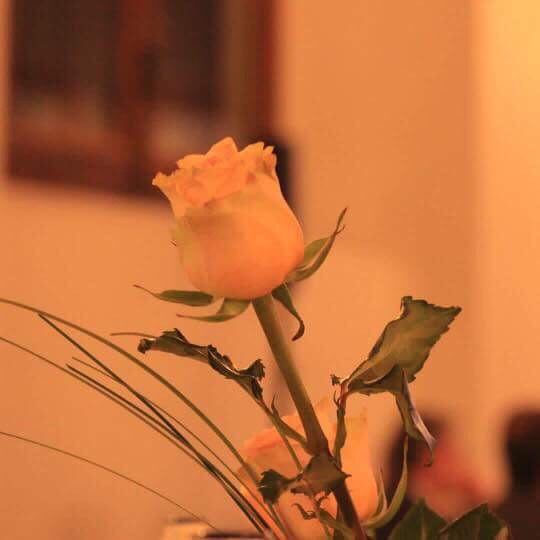 One thought on “Aryan comes back”

Pandemic that exposed the healthcare

Of Hope and Resilience

The Saga of a Murmur !

Somedays never seem to end, and some end so soon.
The woods are lovely dark and deep. But I have promises to keep. And miles to go before I sleep . - Robert Frost #roads #desert #longdrive #roadtrip
Best time is always together. #family #familytime
Blessed day ...Start of Navratri and Ramadan ...Gudipadwa, Baisakhi and New year all in one day. Stay Safe and blessed. #RamadanKareem #happynavratri #baisakhi #gudipadwa
You can still make my heart miss a beat @photography.nasa
Some moments of leisure during the busy days. #staycation #staycationuae #rasalkhaimah #beforethesummer #alittlelife